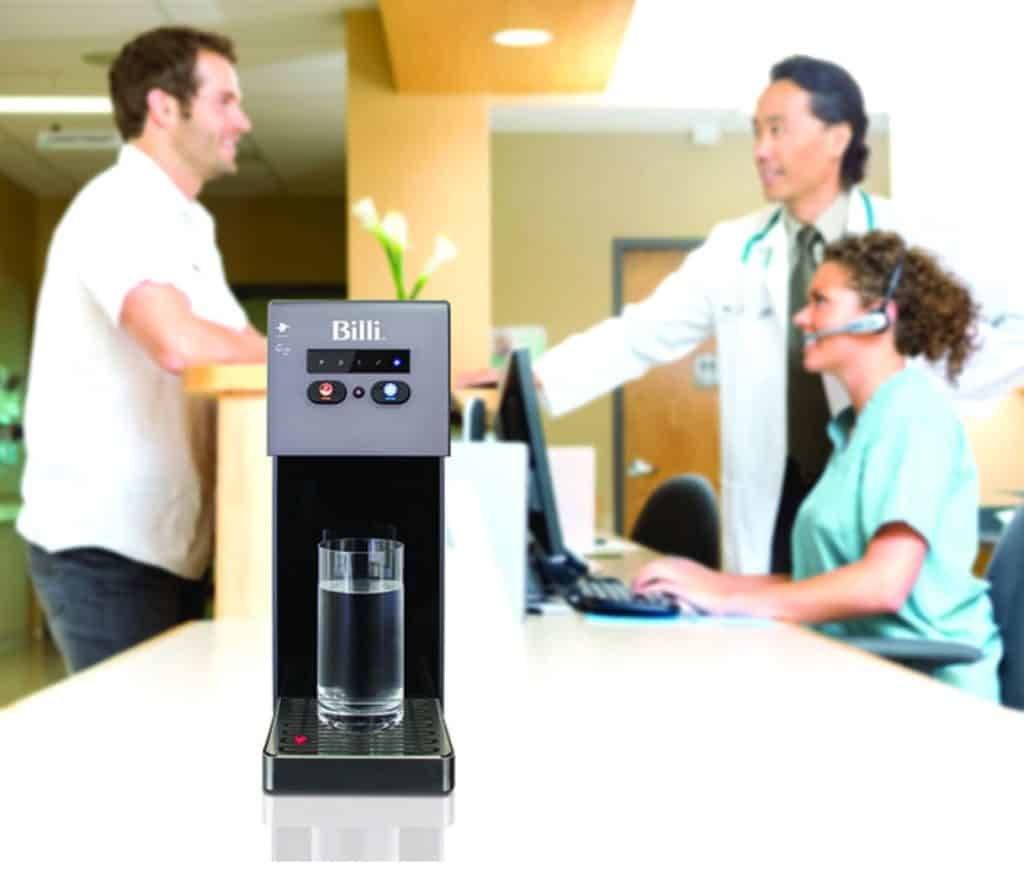 Ideal for environments where water quality is at its most critical, the Billi Firewall® Tower Dispenser connects to Billi’s Quadra range, so you can have the Legionella eliminating UV lamp water purification technology, plus instants boiling and chilled water.

Billi also published a case-study from January 2020, when over a 20-day period, leading independent laboratory ALS Environmental tested three Billi underbench systems equipped with Firewall Tower dispensers to measure their effectiveness at eliminating legionella from drinking water. This type of testing is critical to ensure customer peace of mind, especially in Australia where Legionella is commonly found in the water supply.

The technology is sourced from the Waterlogic Firewall X system, which used bespoke UVC bulbs and Electronic ballasts to completely inactivate bacteria, viruses and pathogens including E.Coli, Salmonella and Hepatitis all the way through to the dispensing nozzle. This internationally patented technology has already been proven up to 99.99% effective in over 5,000 independent tests. It is the only UVC system in the world today that is certified to NSF protocols 55a and P231, classifying it as a “Microbiological Purification Device.”

ALS carried out tests on a daily and weekly basis, taking samples of both cold and ambient water, and spiking the incoming water with extremely high levels of the Legionella serogroup 1 organism. Each underbench unit was linked to a dosing tank system and was also tested with a 5 micron carbon block filter in place.

Two samples of water from each dispenser were tested, one in the morning and one in the evening, in their purest form (without flushing). The average count of Legionella in the untreated dosing tank was 25 million CFU (Colony Forming Unit) per 100ml of water. After testing water that had passed through Billi’s Firewall Tower dispenser, the outcome was noted as < 1 CFU/100ml, effectively recognised as a count of zero. 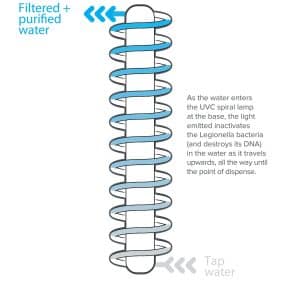 Get a quote ⟶ Ask a Question 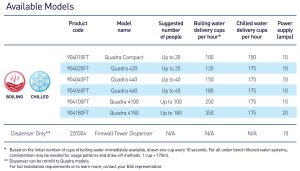 6 Models available ranging from systems suitable for offices of up to 20 people, through to up to 180 people.

The Billi Firewall Tower Dispenser is also available separately. The dispenser can be retrofit to Billi Quadra models. 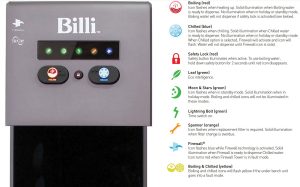 Other products that may interest you

Enquire or get a quote today

Fill in your details and one of our experts will get in touch shortly to organise your free consultation or quote.

We promise to never send SPAM

Unfortunately we only support commerical transactions. Your enquiry has not been sent through. If you made a mistake and have a commercial applicaiton, please resubmit the form selecting the 'commercial' drop down option.